The recent campaign to raise funds to purchase Erica the Snow Rabbit is a testament to the faith and support Bragg Creek Trails enjoys from its community.

The Frischkorn Family Foundation stepped up as the anchor donor for the $172,000 acquisition, and following along with substantial donations were Pieridae Energy and the Shell Legacy Fund.

To make up the bulk of the remaining money needed, our trail users responded to an appeal and collectively contributed an amazing $68,000. The final $9,000 came from Bragg Creek Trails’ general funds.

The new snow groomer arrived in time to tackle the massive snow dump in late December. The volume of snow would have been overwhelming for Bragg Creek Trails’ ski grooming crew. In early January, the Snow Rabbit’s power tiller allowed the crew to reset tracks easily and clear out debris caused by a strong windstorm. The grooming crew has added a rear view camera to better monitor their tilling/grooming/track setting. No doubt this new groomer has provided a huge boost to the efficiency of our grooming operations.

The ‘Erica‘ decal on the front windscreen recognizes our primary benefactor, Erica Frischkorn, who is a keen XC skier and who loves the fact that she can take her pooch along when she and her husband are out enjoying the trails.

From Bragg Creek Trails’ Board and leadership team, thank you to all of our awesome supporters. Happy trails!

Watch the Bunny run and see why it was chosen.

Click the Rabbit to learn where your Donations go and why we need your help. 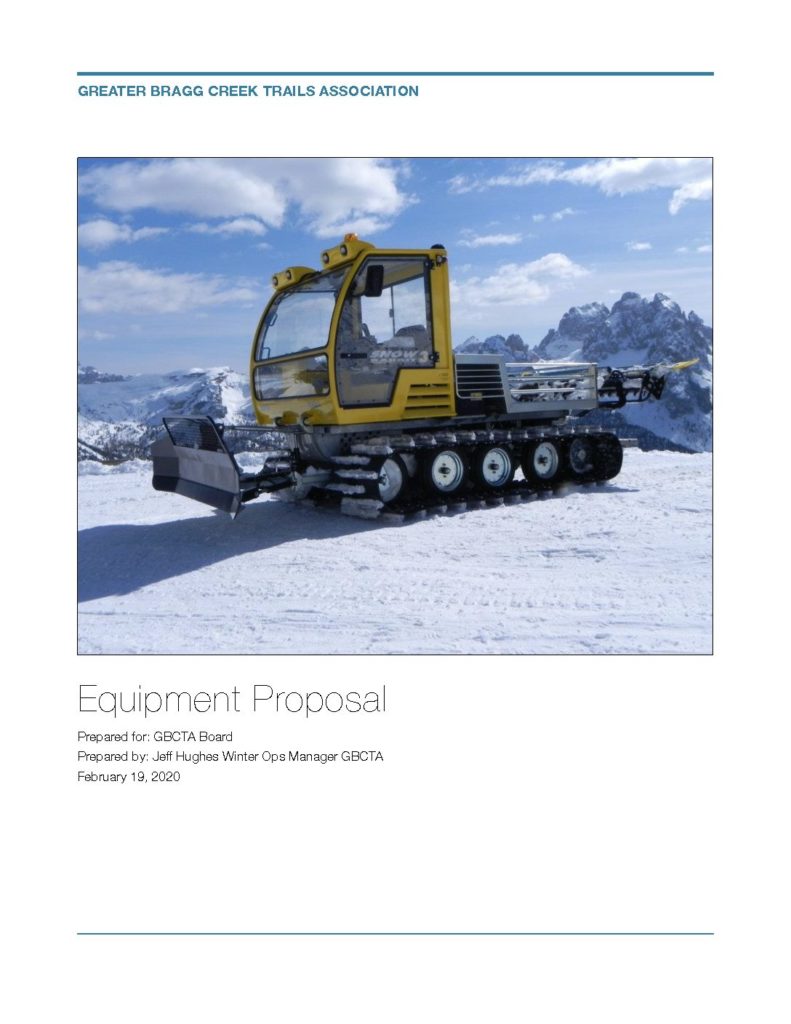